As you know, I was in D.C. this week with Rich Alles and Lee London of my firm. We brought down dozens of 9/11 responders, and we were joined by 9/11 advocates Jon Stewart and John Feal, Ellie Engler of the United Federation of Teachers and Lila Nordstrom of Studentsof911.

In sum, we are making a lot of progress. To date, over 300 representatives in the House have agreed to co-sponsor the pending bi-partisan bill to extend (and fully fund) the VCF. We currently have 40 Senators as well. However, we need more Senators, especially those in key states where a significant number of former World Trade Center responders now live.

Today, The Judiciary Committee in the House of Representatives approved it without any amendments. This is great news. Now we need the entire House of Representatives to vote for it (Nancy Pelosi promises that she will put the bill up for a vote before July 4). Then it will go to the Senate where we need 7 more Republican Senators to co-sponsor this bi-partisan bill. Stay tuned. I will be going back to DC in July.

Once again, I urge you to reach out to your family and friends living in these 8 states and urge them to call their Senators. They should demand that their Senator agrees to co-sponsor S-546, “Never Forget the Heroes: Permanent Extension of the Sept 11th Victim Compensation Fund Act”.

As Jon Stewart so eloquently stated during his testimony at yesterday’s Judiciary Committee hearing,

“These men and women and their response to [9/11] is what brought our country back. It’s what gave a reeling nation a solid foundation to stand back up on; to remind us of why this country is great; of why this country is worth fighting for. Thank God for all of these people. They responded in 5 seconds. They did their jobs with courage and grace, tenacity and humility. 18 years later, do yours!”

Here is a clip to Jon’s testimony. 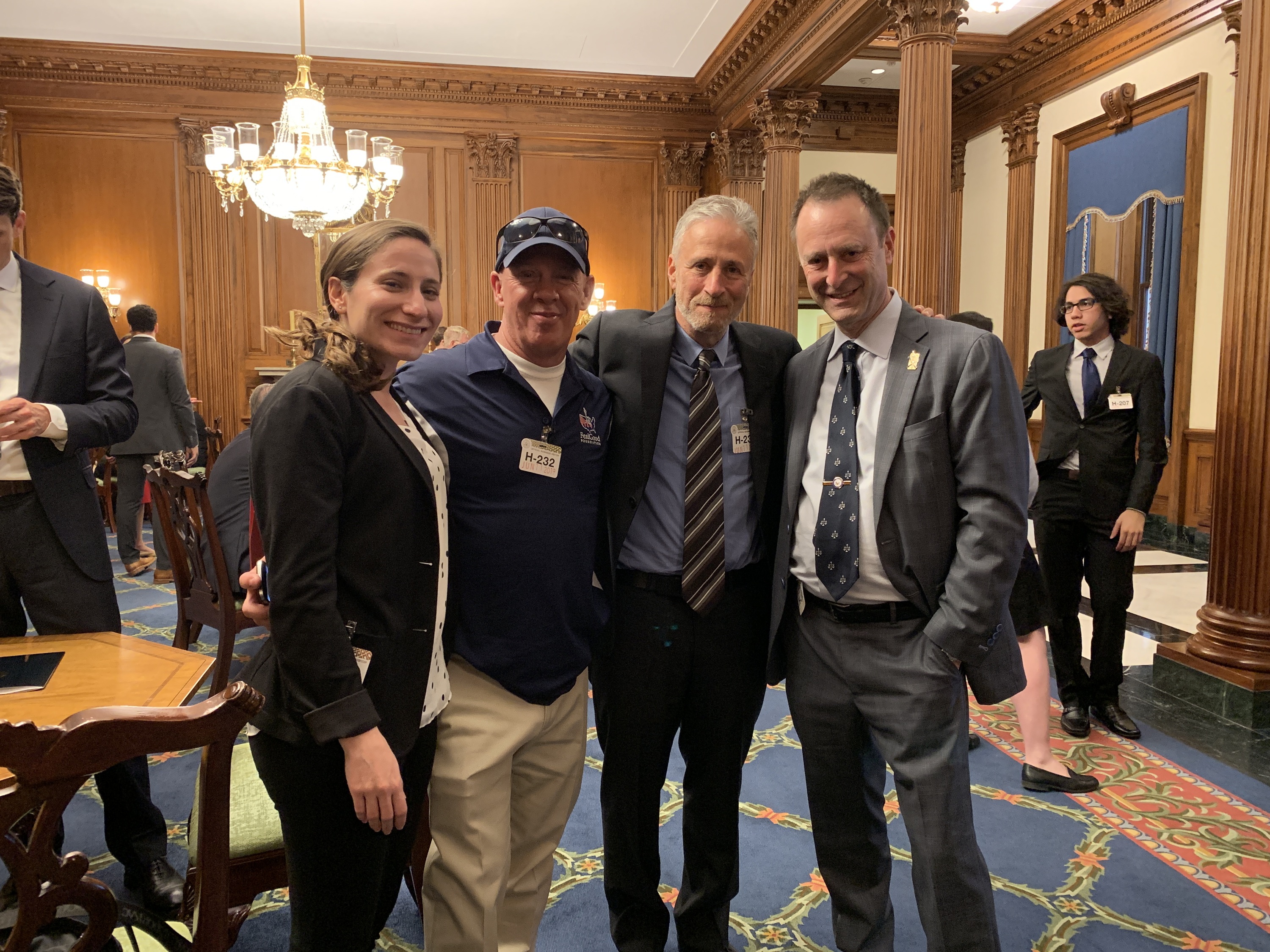 Here are the states to call:

Thank you for your help in this situation.

Thanks for the update. I received my double lung transplant 2/15/19 .

Thank you again for all of your help!
Is it okay to call the Senators the from the states that have not signed up yet even though it is not my state?

Absolutely, we encourage you to do so.

Thank you so much…these reluctant politicians didn’t live thru 911 except on their tv sets..they are far removed from the real hardships and illnesses first responders are going thru…if they would have responded instead of sitting behind a far away desk maybe they would feel diferently…thanx mike for fighting for us …and john too !

It is imperative as Americans that the 911 comp gets funded. We give aid to every country in the world and we must take care of our own first. This was a historically devastating event and every survivor is entitled to be included and not shut out or compromised. Let’s show the world how we take care of our own!

Mike I’ve lived in NC for the past 12 yrs I’ll work on Tillis and Burr. Just recently my friends and I had a letter campaign I we convinced Tillis to change his mind on a bill.

Thank you Michael for support! We will always be “Forever” grateful to you , B&M and staff.. God bless you!
Safe travels.

PS I am posting this now and will call Senators.

we need tocount on your vote for the 911 bill as well as firefighters everywhere.

Hello Mike, I want to commend you and all that you do and have done for us 9-11 first responders. Since becoming disabled I have a tremendous amount of time. I would like to give that time in helping any way I can. I have lost many friends and Co workers who were with me side by side on the pile. I want to give back.

Can you please approve this bill. Even though it’s not much the money can’t not replace my life but will go toward my medication ,which keeps me living.Please I am begging you to accept this bill. So all 911 survivors like me doesn’t have to struggle and go through the hardships.

Hi, we are here to help if you have questions.