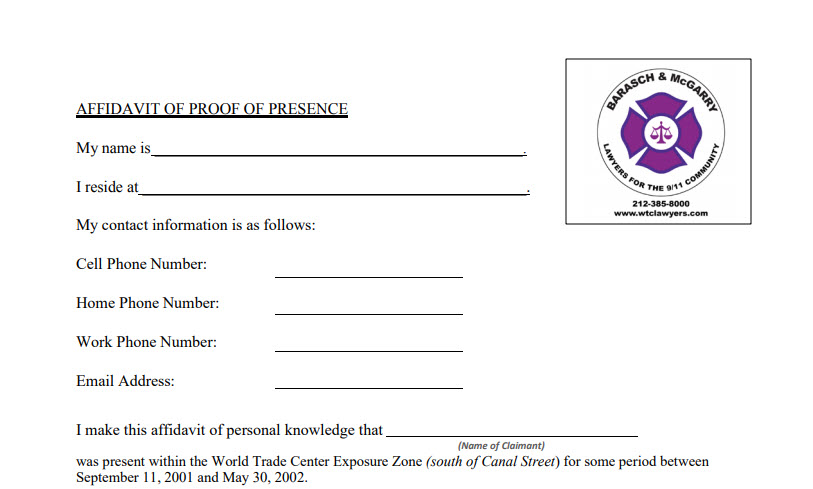 Filling out an affidavit to support a residency claim for the NYC Exposure Zone is similar to filling one out for any other purpose, but these affidavits should include a couple of extra facts:

All affidavits, no matter who they are for and why the person is eligible, should include as detailed as possible an account of:

Again, affidavits do NOT need to be notarized if they include the following language:

“I declare (or certify, verify, or state) under penalty of perjury that the foregoing is true and correct. Executed on [date affidavit is signed]. [Affiant’s Signature]”

We recommend getting affidavits filled out even if you are not sick now to speed the process up should you need to file for compensation later. Our office can provide you with a simple form to give to your affiants.

You are welcome to download an affidavit at Proof of Presence Affidavit.