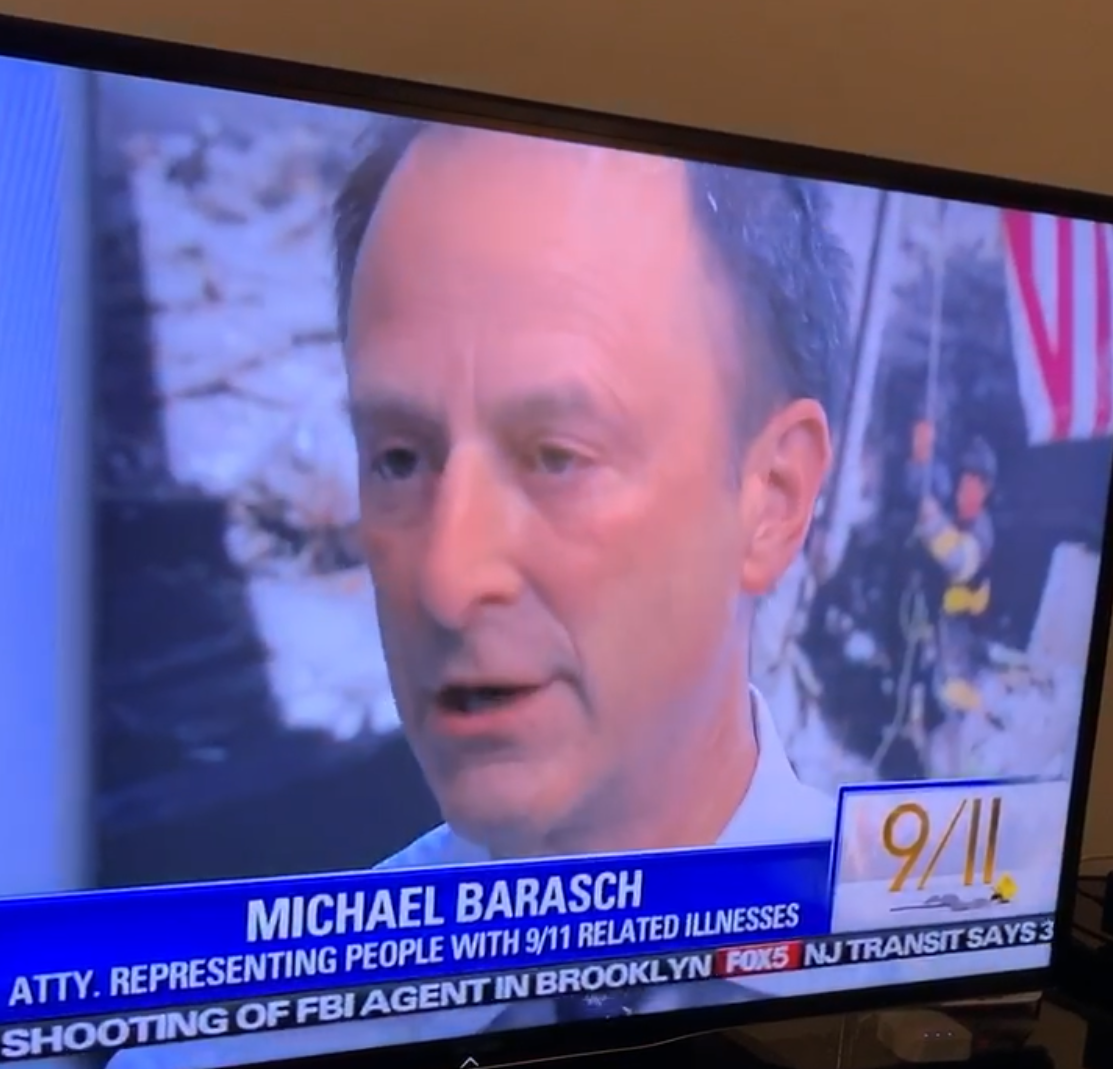 Senators Rand Paul & Mike Lee have blocked the passage of S.546 – “Never Forget the Heroes: Permanent Authorization of the 9/11 Victim Compensation Fund”. 74 other Senators have agreed to co-sponsor this pending bi-partisan bill and nearly every other Senator has assured us that they will vote for it! As you know, the House of Reps. voted for passage of the bill last week.  Sen. McConnell is working to fulfill his commitment to pass the bill before the August Recess.

These two Senators must be told that their actions are unacceptable to the 9/11 Community. I urge you to contact them now.

PLEASE BE NICE WHEN YOU CALL. BUT BE RELENTLESS TODAY!!! Urge them to support Senator McConnell’s efforts to pass the legislation and stop playing politics with the lives of the people in the 9/11 community.

Thank you. We will not stop fighting until Congress does the right thing and passes this bill!

I made the calls both went to voicemail. I was pleasant and explained what cancer has done to me and my career as a firefighter

I called every number!

They were here for you, please be here for them. Pass this bill.

Just made my calls to impress upon the Senators, the continued and permanent financial need for those of us who have and continue to suffer from cancers that were a direct result of 9/11. I emphasized that for someone like myself, who is now retired, and again was just diagnosed and treated for a skin cancer (aside from Non-Hodgkins Lymphoma in 2008), we need the financial funding for medical treatments that insurance will not pay. Thank you Mr. Barasch for all of your hard work too!

I called Sen. Rand Paul at his DC office and left him a detailed message petitioning him to help the 911 victims by voting to pass the bill.
I also called Sen. Mike Lee and spoke to one of his assistants. He assured me that the Senator supports the bill and only put a temporary hold on the finds for security reasons. He also said that the bill will be on the floor next Wednesday. Thank you for the opportunity to get involved. God Bless!

Contacted both Rand Paul and Mike lee as expected left messages and reminded both as a republican since 1972 I cannot understand why there has to be more debate on cost . What is the cost of over 1000 firefighters with cancer worth.

Thank you Mike. You’re the best. Will also ask everyone I know to call. Be well!

This is the wrong item to take a stand against it.I never gave it a second thought when I went to the WTC for two months. All with the hope of recovering peopleI did not know.
This should be an easy lift for you… opposition is wrong.

I was a NYC police lieutenant and my best friend Thomas Santoro is in hospice in Staten island dying of 9-11 cancer. I promise you that we will remember this at election time. I ha e friends in Ogden Utah.

It’s imperative that you pass the S 546 Bill to help the suffering victims of 911 WTC tragedy. So many are suffering for year or have had their lives cut short because of this tragedy. Please do the right thing and pass this bill. So many, many lives depend on your help. Thank you.

You guys need to help us . We will no longer be here and all we worked for will go to our health care. Please help out families and loved ones out .
People should not be like this anymore. We all paid our taxes , did everything thing by the book. Donated our organs when possible. When it is my time, i would hope you have the compassion to help the survivors of the people that risked their lives for the UNITED STATES OF AMERICA. People are human and deserve better.
I am sure you have your reasons. But please take the time out to explain why. You might have a good reason and the you might not. But being professionals, i am sure you have a valid reason. If you do , so be it.
But all I ask to re-evaluate your decisions, You are good people. If there is a good reason, I will stand behind you at no cost and use my y own money to help the cause.
Please look at all involved
Thank you for your time

Will do, thanks to you for all you do for us.

I urge you to vote for the continuing of the 9/11 compensation fund.
I worked for the New York City Transit Authority and my building in lower Manhattan was evacuated during the event, I first hand witnessed the collapse of the tower and then was encapsulated by the plume of toxic dust. Following this event I was a 1st responder for weeks and then continued to work at 2 Broadway in lower Manhattan for NYCT years. I have been part of the medical study for years and know that I am a time bomb which will eventually become stricken by an illness. My wife is a school teacher and was compensated by the government to live in battery park after 9/11, we were not yet together so I had no way to advise her otherwise, since then she has had multiple skin cancer procedures and breast cancer. Besides the horrific act by the terrorist and the heroic act of the responders our government lied to us about the air quality and living conditions and placed us in harms way by choice, to keep the capitalism of lower Manhattan robust.
I know this 1st hand while the head of the EPA was announcing the quality of the air as safe the cops at the 9/11 command center was informing us that it was toxic, we Americans did what we had to do to, now its time for you to do what you need to do.

Please pass this Bill We earned it. Some with our very lives

I will call Those s Sentences They must vote yes

I call and spoke to someone from both Senators offices

Please pass S546. These first responders need our help now. I’m suffering with cancer I got from working on the pile 18 yrs ago. Help

Called both. Sen Lee has his stooges giving a song and dance for fraud prevention and that is why he wants ammendments, Sen Paul, you just get an answering machine, so left a nice but strong message. Put it out to any one that will listen and they will also make calls. Thanks for all you do Mike.