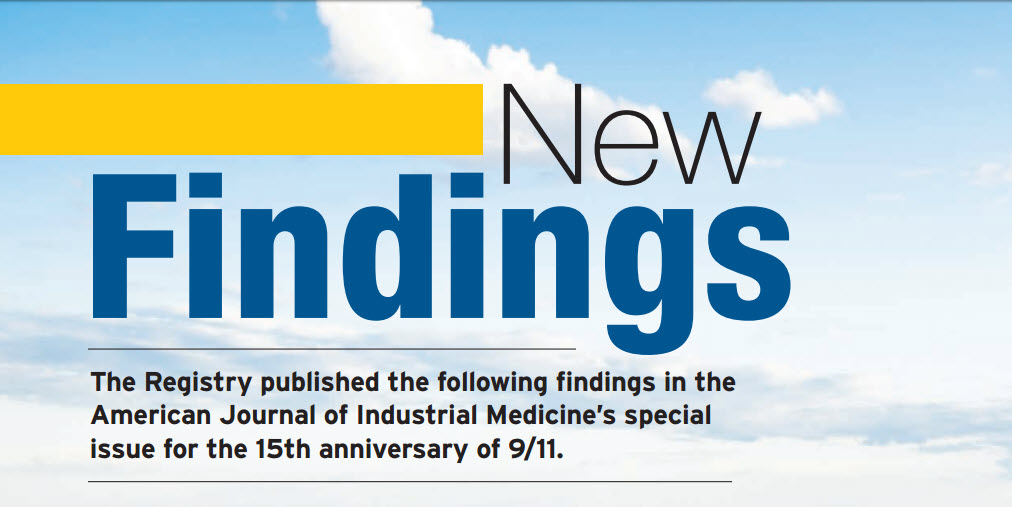 In its 2016 annual report, the World Trade Center Health Registry indicates that 15 years after 9/11, we still do not fully understand the true magnitude of the health emergency caused by the terrorist attacks. The registry is charged with documenting and evaluating the long-term physical and mental health effects of the September 11, 2001 terrorist attacks. The report contains new findings related to persistent conditions that have not abated and latent conditions that are just now emerging. Salient points include:

The WTC Health Registry, funded by the National Institute of Occupational Safety and Health, is a service of the NYC Department of Health and Mental Hygiene and the federal Agency for Toxic Substances and Disease Registry. More than 71,000 enrollees who were in the vicinity of Ground Zero on or after the attacks make the registry the largest project in the United States monitoring the after-effects of a large-scale disaster. If any organization has an eye-in-the-sky view of the widespread and deeply felt health effects of 9/11, it’s the WTC Health Registry. Unfortunately, the picture they paint is one of persistent suffering for those affected. As advocates for 9/11 victims, we at Barasch & McGarry remain committed to helping our clients obtain the full range of benefits they are entitled to.

If you were exposed to Ground Zero toxicity following 9/11, learn about your rights to health screenings and treatment. Contact the experienced attorneys at Barasch & McGarry who have represented 9/11 survivors from the outset. Call 888-351-9421 or contact our office online.