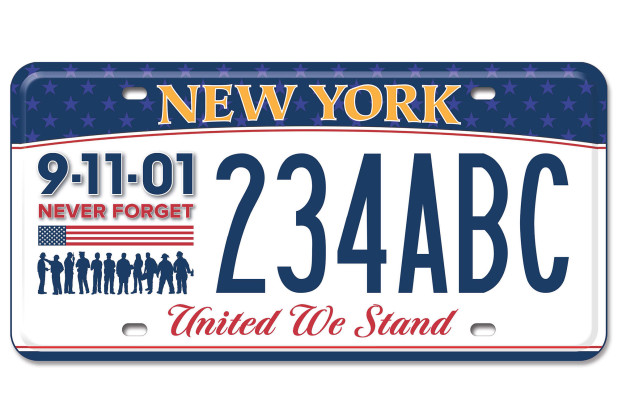 A strong early response has demonstrated the demand for commemorative 9/11 license plates within New York State. After many years, the Department of Motor Vehicles finally agreed to issue the plates, with part of the proceeds going to a charity benefiting family members of World Trade Center victims. Fewer than three days after the plates went on sale, 168 sets had been purchased.

New Yorkers who are interested in purchasing the license plates honoring 9/11 victims and those who assisted them must pay $85 for a standard set or $116.25 for personalized plates. There are annual renewal fees as well. Drivers considering one of these options might be interested in their:

The popularity of the new license plates further proves that residents of the New York area are still moved by the memory of 9/11 and want to help relieve the burden that many people still face. Unfortunately, the deaths and serious illnesses stemming from Ground Zero persist today, with many first responders and others suffering due to toxins released at the site.

Barasch & McGarry has achieved extraordinary results for individuals impacted by 9/11 and their loved ones, including people suffering from Ground Zero exposure illnesses. Please call 888-351-9421 or contact us online to schedule a free initial consultation.